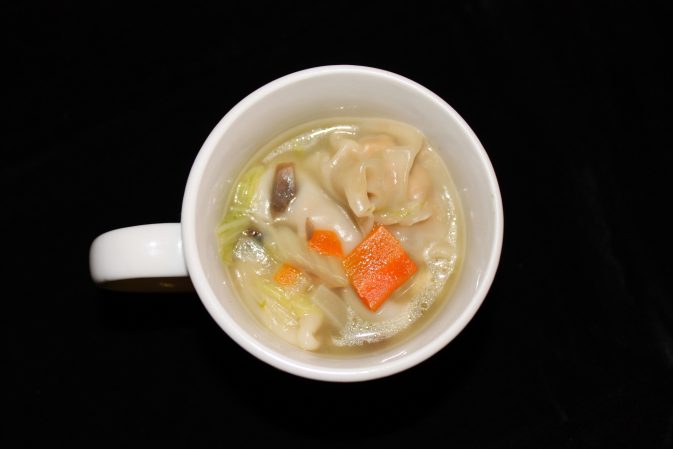 I love serving this flavorful soup as a light evening meal. This recipe is versatile–you can use the wonton recipe to make fried wontons or the filling to make steamed dumplings or potstickers.

Hello! Its been a while. Too long! But you know, summer holidays and all that. We have mostly stayed in our country house in the Stockholm archipelago, visited Luises family in Denmark and went on a short but sweet campervan trip.

We have lived on easy summer recipes and the easiest of them all is probably this cold tomato soup (if you don’t include strawberry sandwiches, which arguably are easier). I have lost count how many times weve had gazpacho this summer but at least once a week.
You just need a few good tomatoes, some pantry essentials and a blender to have it ready in around five minutes (plus chilling time).
In Barcelona you can get pretty decent gazpacho from the supermarket which I always considered a win. But making your own gazpacho is actually quicker than going to she supermarket. A little chop chop and a little whizz whizz with the blender and it is ready. A big bonus is that our kids love it (maybe partly because they have made a habit to top their soup with popcorn).

Traditional gazpacho recipes include bread in the soup but we think it’s fresher to leave it out and fry the bread into croutons for topping instead. The combo of warm crunchy bread on cold soup is phenomenal. One other thing we have done a little differently is adding dill to the soup. We have been obsessed with dill lately and it pairs really well with tomatoes. Kind of like basil’s more interesting sibling.

So consider this a reminder to use your blender next time you are in the kitchen with a few good tomatoes and zero ideas what to cook (or put them on a flatbread).

Like many of our recipes, this one is easy to vary to your preference so we’re listing some ideas here below. Enjoy and speak soon! 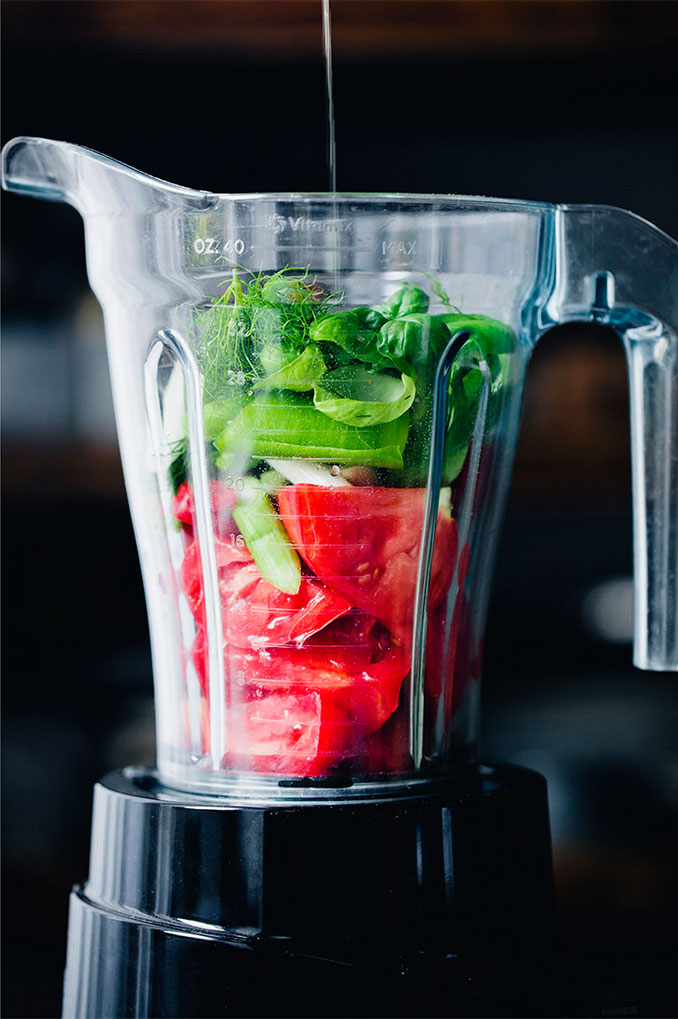 Ways to vary your gazpacho (technically it might not be a gazpacho anymore but it’s just as good):

You can replace bell pepper or cucumber with a bit of fennel, zucchini, spinach/kale or other vegetables that you would eat raw.